Customers across the globe

With locations in Denmark, Germany and Italy, we can deliver to all of Europe. However, we do not withhold a good solution for a customer in need on the other side of the world. We always keep mast profiles in stock in 21 various dimensions and up to 20 meters in length per item and can thereby make a quick delivery to anyone for a measure of 20 – 60 feet. 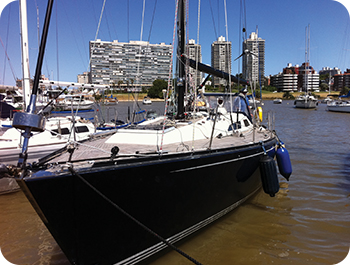 John Mast responded to my plight by designing a mast for my boat, shipping it to Uruguay and then sending two experts, Steen Christensen and Morten Mathiesen, to install the mast in Uruguay.

John Mast supplied everything that was lost except for the sails. Steen and Morten spent a week in Montevideo, Uruguay where I had taken the boat once it was repaired and expertly assembled and installed everything. It was a pleasure working with them and even though all the contacts with John Mast we made via e-mail and a few phone calls, everything arrived in Uruguay in perfect shape and with all the necessary parts. Steen and Morten knowledge of rigging was much appreciated not only by me but also by the members of the Yacht Club Uruguayo as I arranged for Steen and Morten to give a talk on rigging at the Club.

All in all what started as an unfortunate accident ended as a great experience of service well done. 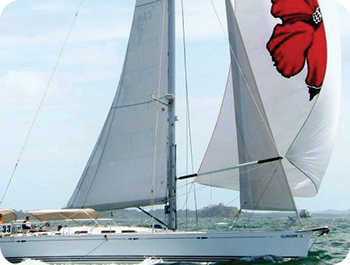 We did take part in the World ARC cruising rally around the world in 2011 to 2013 when the unimaginable happened to us. We were in the middle of the Indian Ocean, when our middle spreaders broke, 1000 miles from Indonesia, 2000 miles from Australia and 3000 miles from Mauritius.

Within 24 hours John Mast had found a solution, within 48 hours their mechanic was on his way and in a further 48 hours (via Dubai, Perth, Christmas Island) he was up our mast making the repair. We could even take our position in the start of the next leg of the rally a few days later, without losing any time. It is almost needless to say that John Mast organised a permanent repair when we arrived in Cape Town 2 month later.

THANK YOU John Mast for being there when it counted.